The 786 Club is proud to support the Commissioning Committee of the USS Hyman G. Rickover (SSN 795).  Like the USS Illinois, the USS Rickover is a Virginia-class submarine built by General Dynamics at the Electric Boat shipyard in Groton, CT.  Please join our fellow Navy supporters by visiting their website at https://ussrickover.org.

The Union League Club of Chicago is equally proud to sponsor the USS Hyman G. Rickover Commissioning Committee as part of its military support posture. 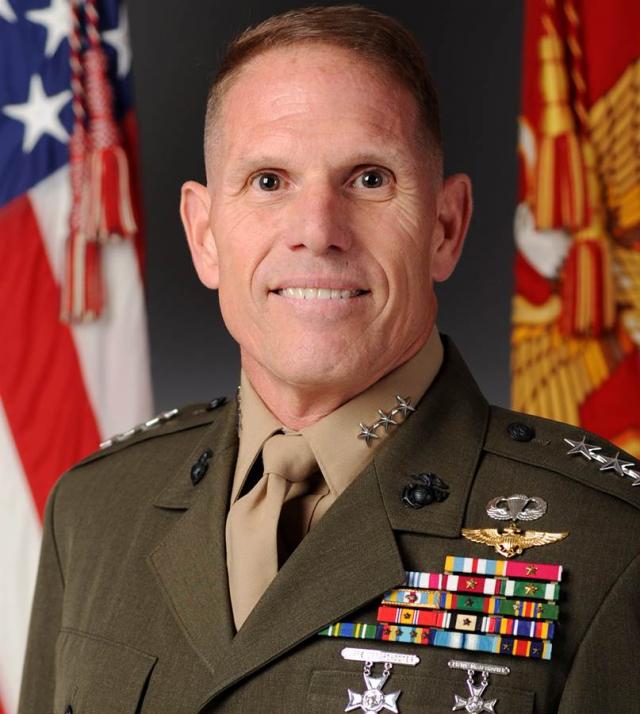 Please join us on Wednesday, January 15, 2020 when the 786 Club (the Union League Club of Chicago organization supporting the U.S. Navy submarine USS Illinois/SSN 786) welcomes to its quarterly luncheon Lieutenant General Robert Walsh, USMC (Ret.), formerly Commanding General, Marine Corps Combat Development Command, and Deputy Commandant, Combat Development and Integration. Lieutenant General Walsh was commissioned a Second Lieutenant from the United States Naval Academy in May 1979. After completing The Basic School he was assigned as an infantry platoon commander in 1st Battalion, 7th Marines. He reported to Pensacola, FL for flight training and was designated a Naval Aviator in October 1981. Upon completion of an assignment to VT-26 as a Selectively Retained Graduate and the F4 training syllabus he was ordered to VMFA-115 at Marine Corps Air Station Beaufort, SC in November 1983. While in VMFA-115 he transitioned to the F/A-18 Hornet, attended the U.S. Navy Fighter Weapons School, and made two deployments before assuming duties as a flight instructor at TOPGUN in 1987. He returned to MCAS Beaufort in January 1990 and was assigned to VMFA-251, making two WESTPAC deployments, and was selected as the 1st Marine Aircraft Wing Aviator of the Year. In July 1993, he reported to the 9th Marine Regiment as the Air Officer. He attended the Air Command and Staff College at Maxwell AFB before reporting to Headquarters, U.S. European Command, Stuttgart, Germany in 1995 where he served in the Plans and Policy Directorate. In 1998, he returned to MCAS Beaufort for a third tour in Marine Aircraft Group 31 where he served as the Commanding Officer of VMFA-115 and deployed to both the European and Western Pacific Theaters. He graduated from the National War College in Washington D.C. in June 2002 with a Masters of Science in National Security Strategy. From there he reported to Headquarters, U.S. Marine Corps, where he served in the Aviation Department. After his Branch head tour, Lieutenant General Walsh returned to MCAS Beaufort as the Commanding Officer of Marine Aircraft Group 31 from June 2004 to May 2006. Following command, he returned to Headquarters, U.S. Marine Corps, as the Assistant Deputy Commandant for Aviation. In May 2008, Lieutenant General Walsh became the Commanding General of the 2d Marine Aircraft Wing and deployed to Operation Iraqi Freedom 09 as the Commanding General of the 2d Marine Aircraft Wing (Forward). In August 2010 he assumed the duties as the Director of Operations, United States Northern Command. In June 2012 he became the Deputy Commanding General, Marine Corps Combat Development Command. In July 2013, Lieutenant General Walsh assumed duties as Director, Expeditionary Warfare Division for the Chief of Naval Operations. In August 2015, Lieutenant General Walsh became the Commanding General, Marine Corps Combat Development Command; Commander, Marine Corps Forces Strategic Command, and the Deputy Commandant for Combat Development and Integration. 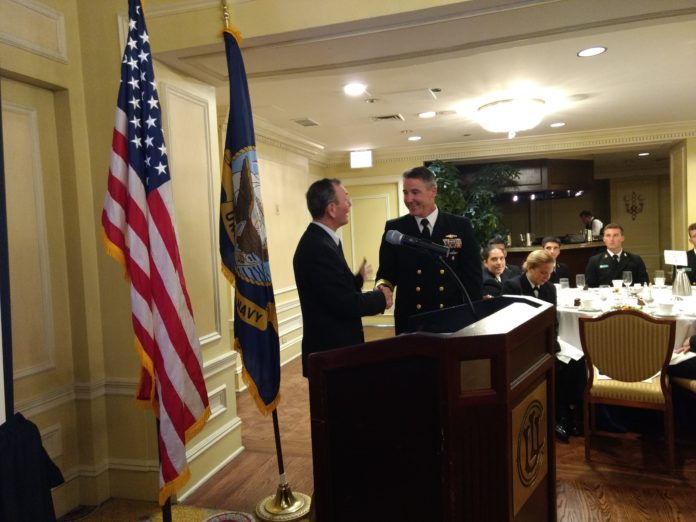 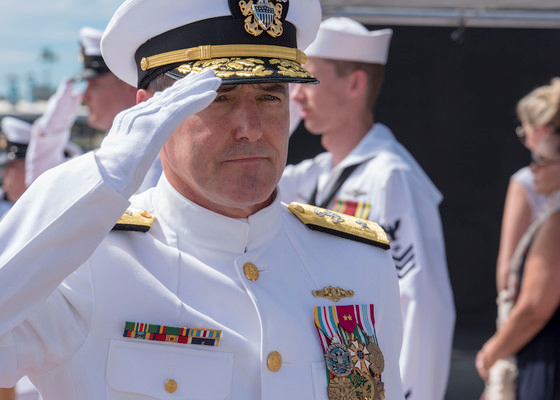 Rear Admiral Blake Converse, USN, Commander, Submarine Force Pacific, delivered an outstanding presentation on the submarines, tenders, shore facilities, and other assets that come under the Pacific Submarine Forces which he commands. His area of responsibility covers 60 percent of the globe and some of the greatest threats to our national security. He also spoke of the threats from China and Russia, and how the Submarine Force is at “The Tip of the Spear in Our Nation’s Defenses.” The luncheon room was overflowing and the audience could have stayed for countless more hours listening to this most informative presentation. 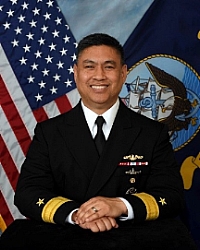 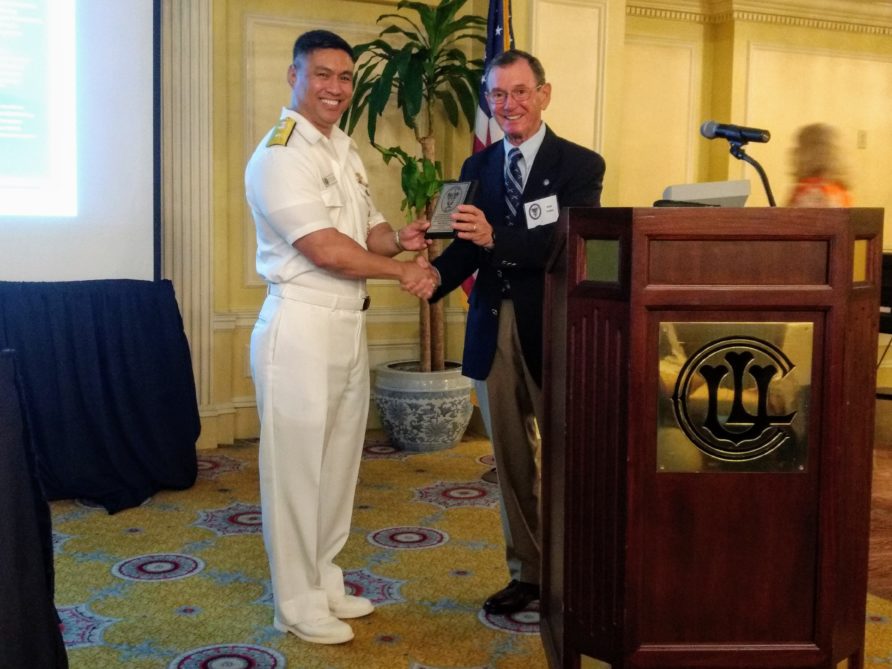 Rear Admiral Butch Dollaga, USN, Commander, Undersea Warfighting Development gave a marvelous presentation on the numerous activities his command is engaged in to leverage and amplify the capabilities of our Submarine Force to continue to control the undersea portion of our combat space. This included air, surface, and subsurface drones; artificial intelligence, etc. He is a native of Vallejo, California, and a 1990 graduate of the U.S. Naval Academy with a Bachelor of Science in Mechanical Engineering. He holds a Master in Engineering Management from George Washington University in Washington, District of Columbia. His sea tours include division officer assignments aboard USS Los Angeles (SSN 688); engineer officer aboard USS Rhode Island (SSBN 740)(B); and executive officer aboard USS Cheyenne (SSN 773). He commanded USS Charlotte (SSN 766) in Pearl Harbor, Hawaii and also served as commodore of Submarine Development Squadron 12, Groton, Connecticut.The units he served with collectively earned four unit awards, five Battle “E”s, and U.S. Pacific Fleet’s Arleigh Burke Fleet Trophy.

The Board would like to thank Mark McClain and his officer group for a job well done. This includes Chris Gaines the former Treasurer, Bobby Ferguson, the Past President, and George Schmoll, the past Secretary. 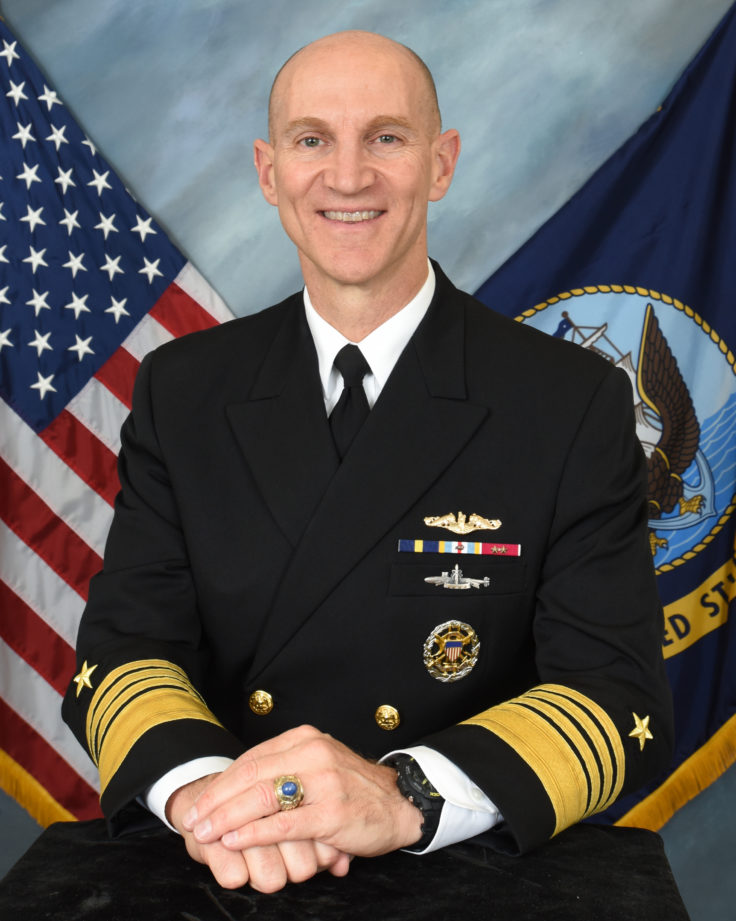 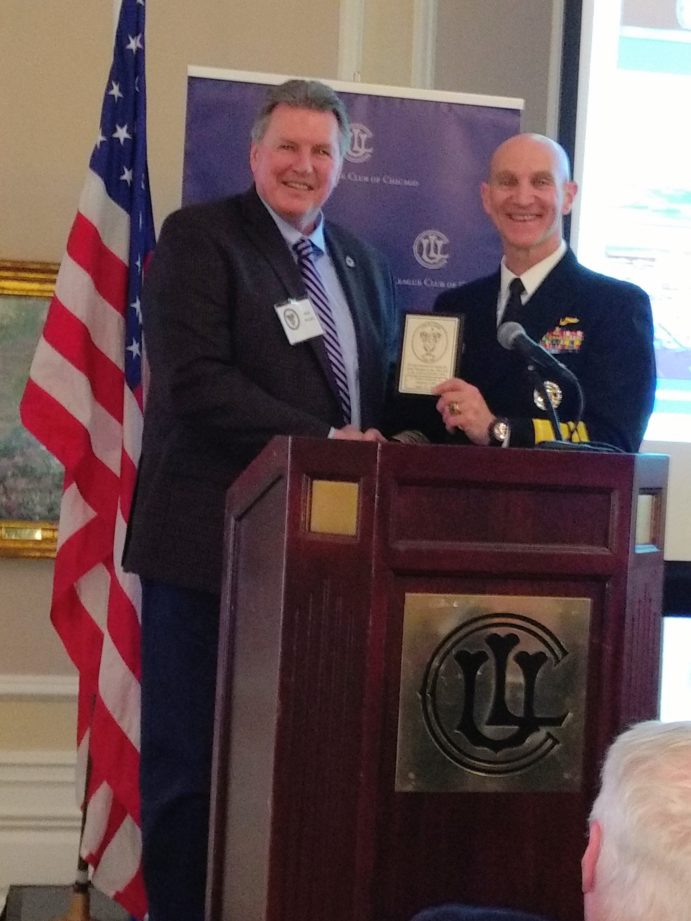 Navy Admiral Frank Caldwell, Jr., Director, Naval Nuclear Propulsion Program addressed our Club at a luncheon at the Union League Club of Chicago. He spoke on multiple topics, including his primary duty as the regulator and overseer of all nuclear reactors in the United States Navy. This includes nuclear submarines and aircraft carriers. He also spoke of the threats facing the United States and the role of the Submarine Force in facing these threats. It was a most informative presentation. For those who are unfamiliar with the title Director, Naval Nuclear Propulsion Program, this is the role that Admiral Hyman G. Rickover had when he was the “Father of the Nuclear Navy”. In addition to wearing the Navy hat, this position also reports to the Secretary of Energy outside of Military reporting, regarding the safe operation of all the nuclear power reactors in the Navy.”

The 786 Club received a generous contribution of $3995 from members of the Union League Club of Chicago.  This was as a result of the ULC’s 2018 Military Organization Support Campaign which is an annual effort.  In round numbers, this is the same level of support we received last year from ULC members.  This Campaign also supports the Chicago 502 and the 721 Club.  We’re very grateful for this show of support and as opportunities present themselves be sure to thank members of the Union League Club for their generous and continued support.

The first 786 Club Quarterly Luncheon for 2019 was held at the Union League Club of Chicago.  Our guest speaker was Navy Admiral (Ret.) Cecil Haney, former Commander of Pacific Fleet and U.S. Stragetic Command.  He provided insightful comments on potential adversaries around the world and challenges facing the Navy. Admiral Haney also spent time with the students at the Rickover Academy in Chicago. 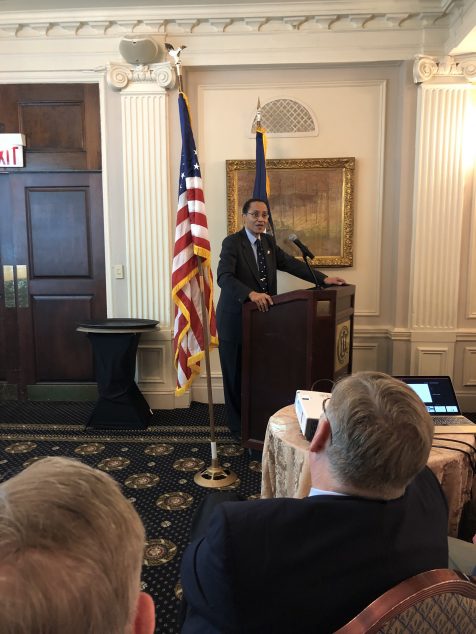 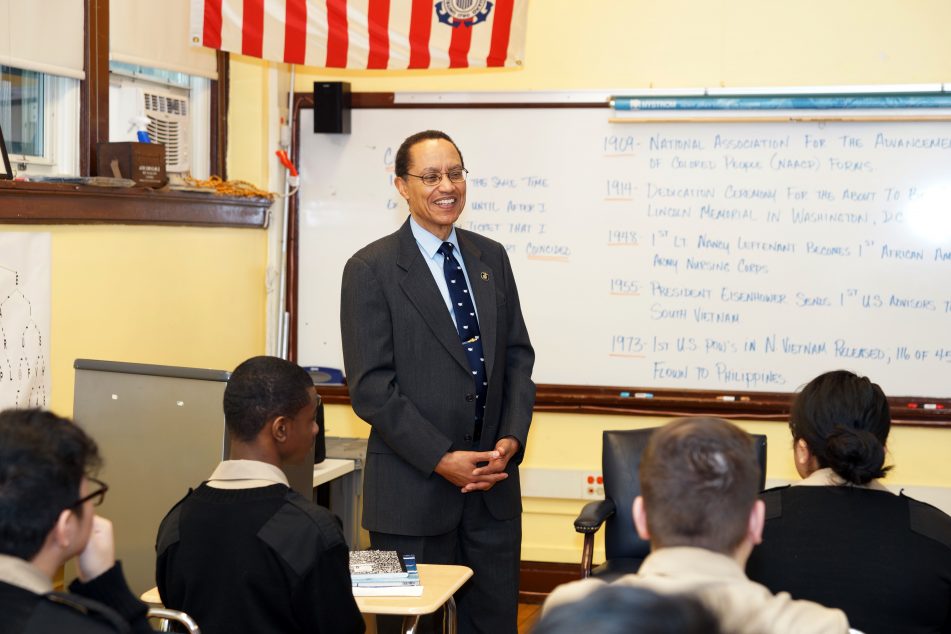 The 786 Club is a 501(c)(3) organization and all donations are deductible to the extent allowed by law.